Formed in 1984, from the ashes of the (then) broken-up Sad Lovers & Giants,[1][2] Tristan Garel-Funk[3] and Nigel Pollard conceived the band, but Pollard left prior to recording the first album. Vocalist Marc Lewis responded to an advert in Melody Maker for a singer and shared a flat with Garel-Funk, the pair recruited Liam McGuinness on Bass and John Greville of Rudimentary Peni on drums.

The music was an original fusion of post-punk, indie rock and a dynamic guitar and vocal soundscape. Not unlike Sad Lovers & Giants before them, they focused on creating dreamy rock anthems and at least partly, discarded the post-punk influences of many their contemporaries. Consequently, the band found that the European market was more aligned to their musical style and they toured abroad extensively.

Distancing themselves from Britain and shunning UK dates meant that the regular indie labels were largely uninterested. However, Midnight Music, who had been the home of early SL&G, signed the band.[4] A new album was already recorded, but this did not surface for some years, eventually appearing on the small Ophidian label, an offshoot of Rotator Records, thanks to a friend of Garel-Funk. The word Ophidian can mean ‘snake-like’.[5]

The Snake Corps reformed in 2010. Carl Jones joined on guitar, Liam McGuinness rejoined on Bass with a new drummer Richie Harris. The Snake Corps made a triumphant return to live performance with a gig in Salamandra Venue[6] Barcelona, Spain on 18 September 2010.

The reformed Snake Corps with Marc on lead vocals were busy in 2011, playing gigs in London and Berlin with Steve Williams on lead guitar. Now with 3 original members they also played several sell out gigs in Spain in the autumn of 2011 (including the Rock Kitchen in Madrid) these now featured Simon Meek on keyboards, with Liam McGuinness moving to guitar, and original bass player Jim Blanchard also rejoining the band, with Dave Vigay on drums.

The band played London’s 02 Academy in Islington on 21 April 2012 supporting Chameleons Vox and had their best gig[7] since reforming 2 years before.

Carl Jones joined again on guitar for gigs in Spain in 2014 (Valencia) and 2015 (Tarragona) and left the band in 2016. They released a new EP featuring 4 new songs in September 2016[8] Gigs followed in Berlin in October and Madrid in November. They played their first-ever gig in Italy in Salerno in 17 April and play with their old friends the Chameleons Vox in Brighton in 17 May 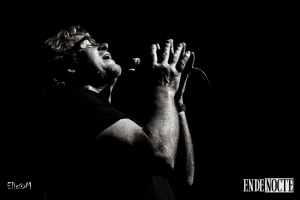